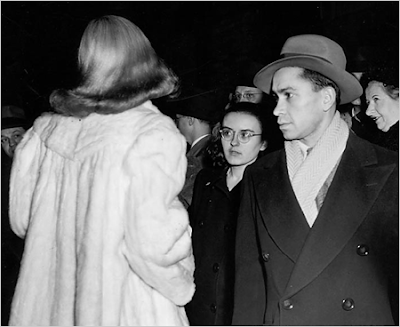 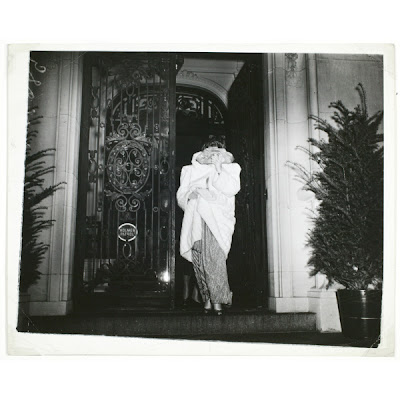 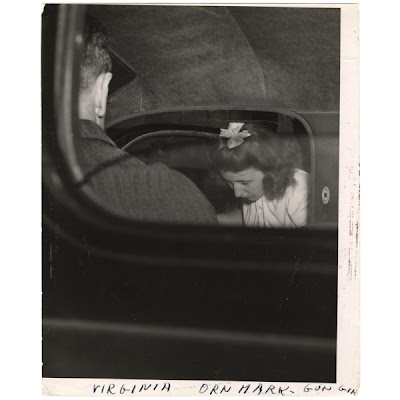 "My favorite part is the passing mention of "Norma Parker, the Broadway Gun Girl," who robbed restaurants with a cap pistol. I ought to look up more information about her, or better yet, someone else should do it while I lie down".
"Weegee sometimes bribed the police to bring a perp in a different entrance, “so he’d be the only guy standing there with his camera, while everybody else was waiting around the corner,” Mr. McLoughlin said. One of his most striking perp-walk shots was of Norma Parker, a pretty young woman who in 1936 held up a number of restaurants on lower Broadway using a cap pistol, for which The Daily Mirror nicknamed her the Broadway Gun Girl."
"

Four women inmates of the Westfield State Farm, who escaped last night by climbing a seven-foot fence topped with barbed wire, were captured at 1:40 this afternoon in a woods three miles from the prison."

I am wondering if that caption is incorrect and maybe added later by someone.
*********** 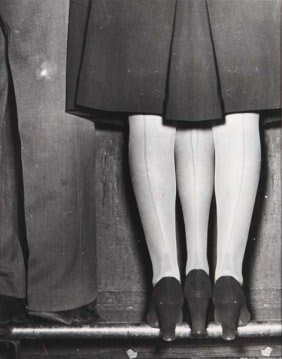 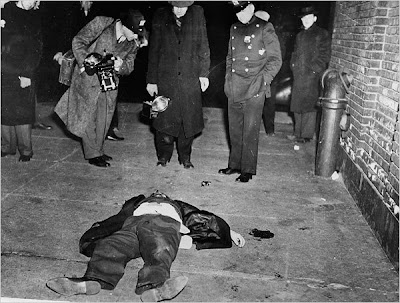