From adski_kafeteri on Live Journal & the net

This is a much better version of one from an earlier post:

Girl who beat police matron and escaped from jail
ca. 1938

Wife of the Victim

Drunk in the bowery

Weegee Kiss: Famous photo by Weegee of Marilyn blowing a kiss. Out of print, very rare.

Speaking of rare, did you know there was a MOVIE???

A classic American City Symphony, focusing on Coney Island circa 1950 when a million people would crowd its beaches on a Sunday. The back of this postcard reads "Police are here shown recovering bodies between decks of the capsized Steamer Eastland." 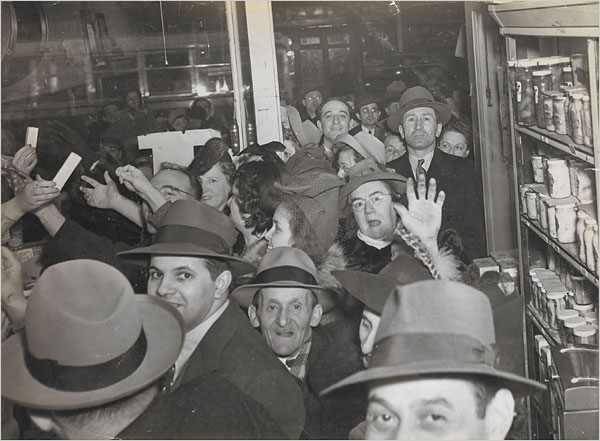 "Harry Kaltman who owns this dairy store at 125 Delancy Street had his whole family behind the counter yesterday afternoon March 22, 1943." 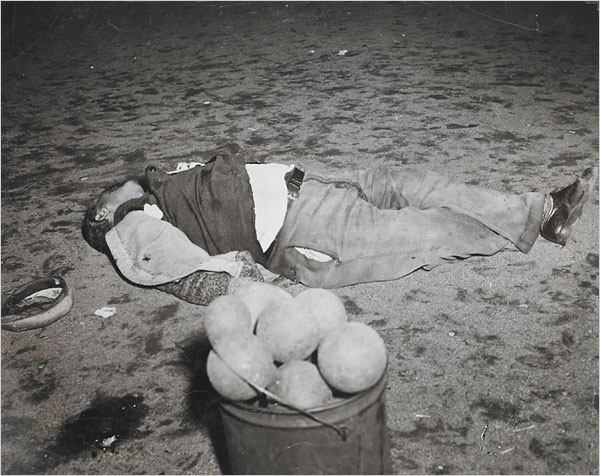 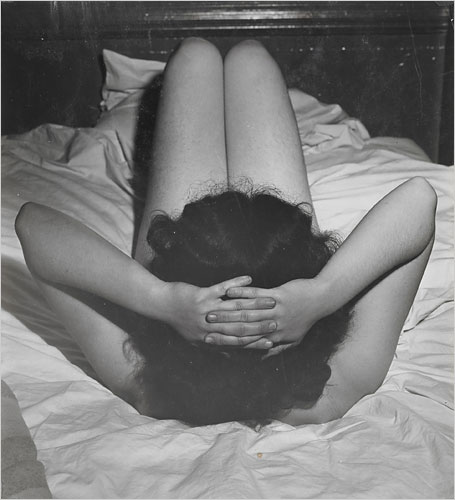 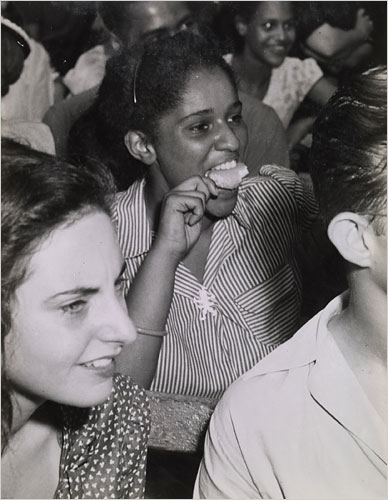 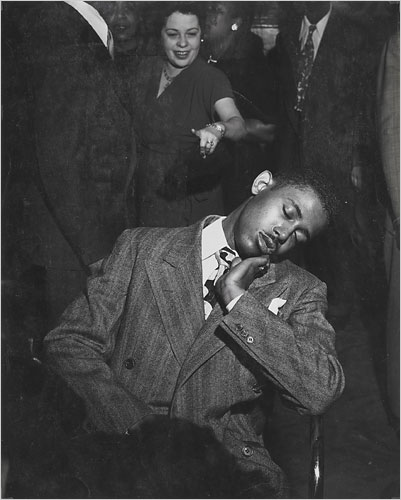 “People who work in the daytime are suckers,” he once said. Before the publication of his first book, “Naked City,” made him famous in 1945, he lived in a cheap room near police headquarters and was said to be so accustomed to working on the run that he once developed a picture of a prizefight in a subway motorman’s cab while rushing back to a newspaper office. 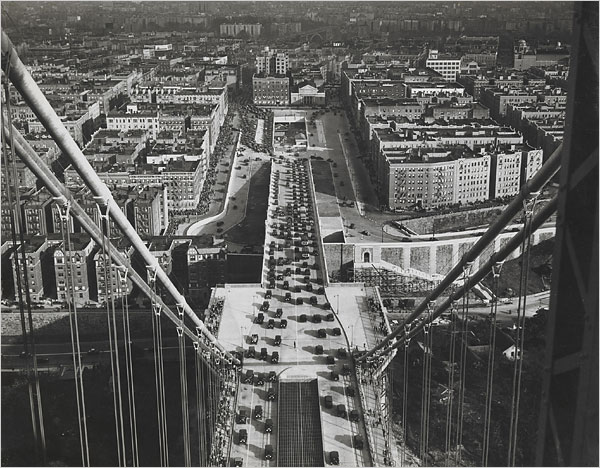 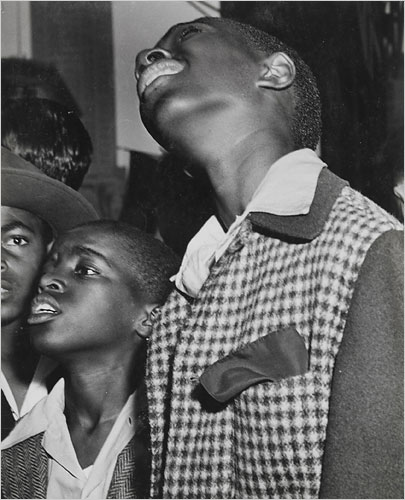 ****
And then there was the NUDIE MOVIE:
The Imp-Probable Mr. Wee Gee

"Sherman Price directed this nudie comedy starring famed crime photographer Weegee, who was later the basis for several films including The Public Eye (1992). With a voice dubbed by Reuben Guberman, Weegee falls in love with a department-store mannequin and tracks her to Europe, where he meets peril atop the Eiffel Tower and a buxom ghost in London. The notion of a nudie comedy starring a photographer best known for bloody photos of gruesome death may be odd, but the film is entertaining enough for fans of the genre to enjoy". ~ Robert Firsching, All Movie Guide
Imp-Probable Mr. Wee Gee.mov
Imp-Probable Mr. Wee Gee.mov.m4v
The 'Imp'probable Mr. Wee Gee (1966)