It tears down the pretty colors and shows up the shadows. It makes history factual, inquiries interesting, and death loses the gruesome flavor when blood is just another shade of reality.


Weegee, aka Arthur Fellig, made B&W sing, and gave homage to the human condition with every pop of the flashbulb. 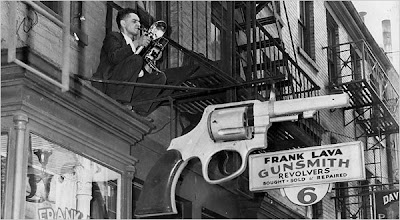 As quoted from the NY Times:
"Born Usher Fellig in 1899, in an eastern province of Austria, he came with his family through Ellis Island (where his name was Americanized to Arthur) to the Lower East Side in 1910. He left home as a teenager and began working as an assistant to a street photographer who shot tintypes of children on a pony. Through the 1920s he worked as a darkroom assistant at The New York Times and Acme Newspictures, which was later absorbed by U.P.I. Photos." 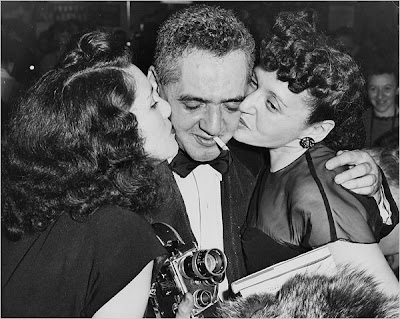 Eventually, he would be the toast of Manhattan and a world renown artist, book writer, and exhibitor of 'art'. 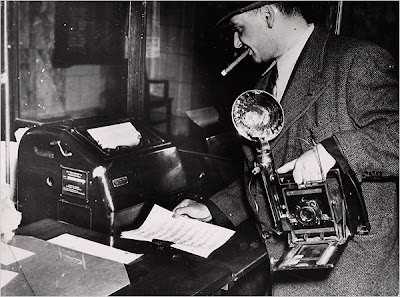 But first, there were the years of being a hard working schlub on the lower east side.Weegee lived in a single room at 5 Centre Market Place from the mid-1930s to 1947, a drab block of tenements inhabited by reporters and photographers who worked the crime beat. No. 4, known as “the shack,” was their main hangout. Frank Lava’s gunsmith shop, with its wooden revolver sign, was at No. 6. Weegee lived over the John Jovino Gun Shop at 5.

Living in a single room- existing really- he waited for the next big thing, the next small movement, the next police call, knock on the door, celebrity event, or the sound of gunfire.

“Crime was my oyster,” Weegee wrote in his 1961 memoir, “Weegee by Weegee.” “I was friend and confidant to them all. The bookies, madams, gamblers, call girls, pimps, con men, burglars and jewel fencers.” For his behind-bars portraits of famous gangsters like Dutch Schultz, Legs Diamond, Waxey Gordon and Mad Dog Coll, colleagues called him “the official photographer for Murder, Inc.”
Posted by shadow at 12:30 PM